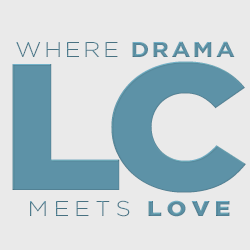 Terri Conn, who has represented the role of Leah Brighton Smithson since the serial’s debut in 2013, has been replaced. Actress Rebecca Herbst, known for her role as Elizabeth Webber on ABC’s General Hospital, has been tapped to take claim of the role.

Conn joined the serial during its first season, and is one of the original-standing cast members, originating the role of Leah Brighton. Since her debut, Conn’s Leah has been romantically involved with Galvin Gregson (Matt Cohen; formerly Mark Collier) and notably Daniel Smithson (Greg Vaughan; formerly Justin Bruening and Jon Prescott, respectively). Leah’s relationship with Daniel became an immediate conflict between herself and her sister, Cassandra (formerly Bree Williamson and Alexa Havins).

This will be the first time the role has been recast in a non-temporary situation. The role was temporarily represented by Melissa Archer in the third season when Conn was absent on maternity leave.

Herbst will make episodic debut in the forthcoming third episode. She will appear in a regular capacity.

Episode description: Liberty City’s newest family moves into town, much to the surprise of its current residents. A well-put together family on the outside, the complexities hidden behind closed doors could soon come to light in the hustle and...
And her time is up! Christie Clark is officially done in the role of Chelsea, as seen in this week's fifth season premiere of LIBERTY CITY. (more…)
Episode description: In the years since we last visited the residents of Liberty City, many of the city’s prominent residents are still attempting to return to their every day lives. As everyone begins to reassemble their lives, a decision...